Oro African Methodist Episcopal Church was designated a national historic site of Canada in 2000 because:
- it is the last built remnant of a community of African Canadians whose roots are uniquely anchored in the history of United Empire Loyalists,
- it represents the important role that Black militiamen played in the defence of Upper Canada during the War of 1812, and early Upper Canada land policy.
Oro African Methodist Episcopal Church was built by African Canadians. The Oro Black settlement was a unique approach to integrating African Canadians into a farming community. The idea for an African Canadian community originated in 1783 with Sir Guy Carleton, Commander-in-Chief of British forces in North America. During the American Revolution, Carleton had promised that the slaves of non-Loyalists who joined the British Army would have their freedom and protection from re-enslavement. Black soldiers not only fought with the British during the American Revolution, but also as the “Coloured Corps”, a trusted unit of the Upper Canadian militia during the War of 1812. Between 1819 and 1826, the British granted 25 plots of land in Oro County to Black settlers, eleven of them former soldiers who received their grants in acknowledgement of military service. Although the area had strategic value, the land was both remote and agriculturally poor. Only nine of the original grant recipients took up their plots, settling along an area of the Penatanguishine Road known as Wilberforce Street. In 1829-1831, the settlement was augmented by thirty more families. They built Oro Church in 1847, and it remained active until around 1900 when the community itself faded away. The British Methodist Episcopal Church declared the building abandonned in 1916. Local residents rallied to preserve it in 1947, in 1956, and again after vandalism in 1981.
The heritage value of Oro African Methodist Episcopal Church National Historic Site of Canada resides in its associated history as illustrated by the form and composition of the building, the integrity of the remnant cemetery, and in their site and setting.
Source: Historic Sites and Monuments Board of Canada, Minutes, June 2000
I couldn't get into this church when I went by in July of 2013 - the guy who was there to service it from the township said that it hadn't been inspected yet and wasn't open to the public. 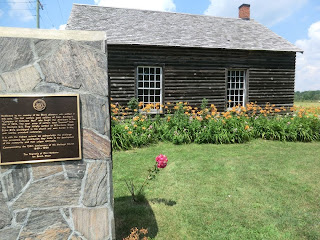 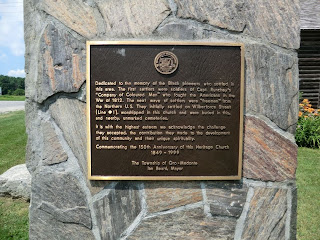 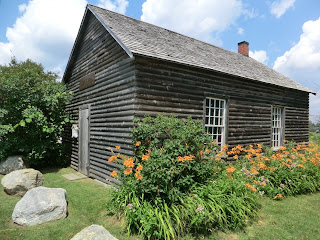 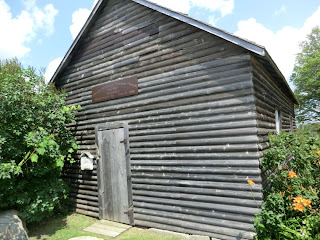 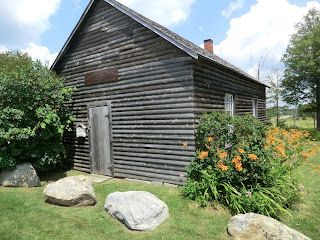 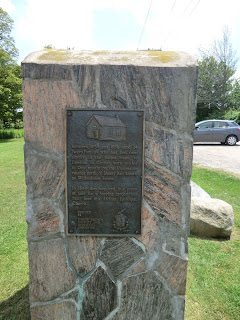 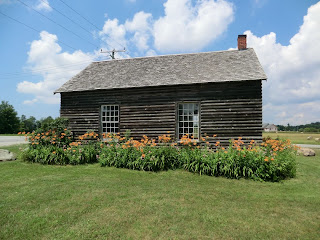 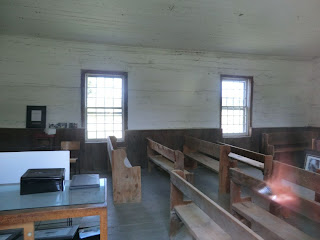 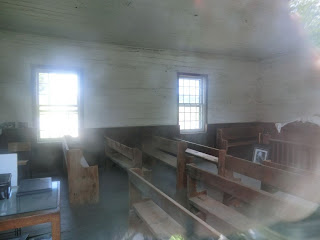 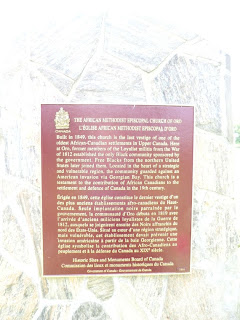