Looking through old files I found a photo of Rachel Davis, a girl I knew who'd been shot to death in Vancouver after she'd gone to the aid of someone she didn't know who was being beaten outside a club in Gastown. She'd shielded the victim from the blows, but unfortunately that someone was a drug dealer who'd just called his buddy to get a Glock and then began firing it into the crowd, killing her and Richard Hui, and injuring four others.Vancouver Province Story 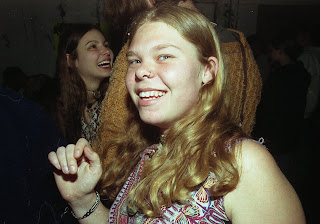 She was like that! I saw her being protective of girls who'd gotten too drunk at parties....

I interviewed her dad for the Star - first time I've ever covered anything serious where I knew the victim personally.

If you are trying to break up a fight, don't get BETWEEN anybody, even if they are smaller than you - they can attack you without warning  -  you should stand away at a safe distance and phone police.

Her family set up an award to commemorate her at racheldavis.ca 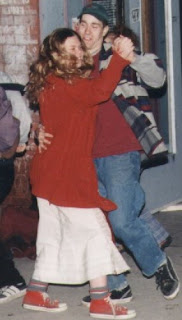 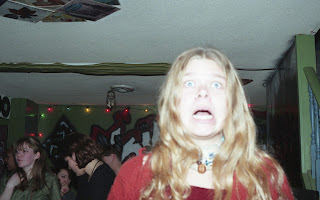 Too cloudy to see eclipse, solstice in a few minutes

I went out just when the eclipse began then went back to bed - at near total eclipse I went out again, but it was too overcast! Solstice in 10 minutes! Solstice and Lunar eclipse on the same day!
Posted by Mark Bellis at 6:23 PM No comments:

I didn't know that Chickadees would eat deer remains! Deer had been butchered and remains dumped in parking lot of ski trail, which schoolkids use!
Posted by Mark Bellis at 7:17 PM No comments:

Kid with Traffic Cone on Head 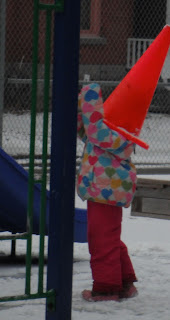 Not shown - car that fell in pothole that was marked by this cone (just kidding!)
Posted by Mark Bellis at 2:23 PM No comments: 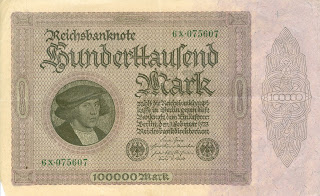 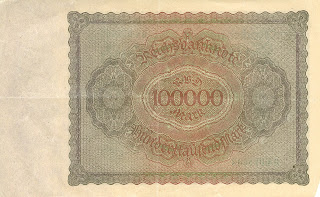 Posted by Mark Bellis at 1:29 PM No comments:

Speaking of Hitch, sorry I missed him in Toronto last month!
Posted by Mark Bellis at 10:38 PM No comments: