The Golden Buddha, Wat Traimint, Bangkok, Thailand. This is said to be the largest gold statue in the world, about 3 m tall. It was covered in cement many centuries ago when Burmese invaded and the monks wanted to hide its great value - it may have been no one was left alive after the war who knew the secret, as it stayed covered in cement and it was thought to be just a solid cement statue and just sat in a small temple until 1935, when they tried to move it and some of the cement fell off, revealing the gold underneath!
Yes, that is an elephant tusk in front of it! (Maybe an African one) One would hope it died of natural causes. 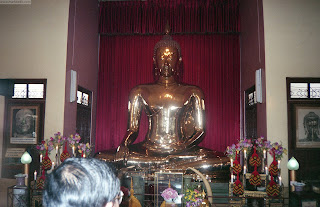 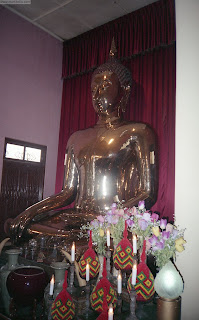 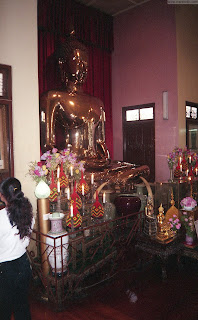 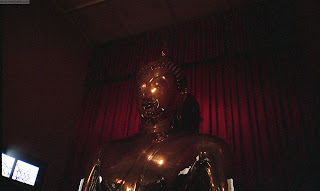 Posted by Mark Bellis at 2:30 PM No comments: