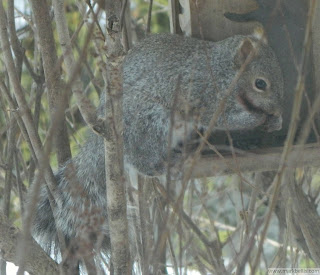 I think this might be one of the squirrel that was born this spring in the apple tree.

Posted by Mark Bellis at 8:17 PM No comments: 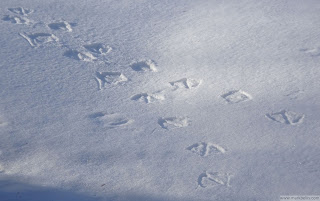 A Canada goose comes to the bird feeder.

Posted by Mark Bellis at 7:52 PM No comments: 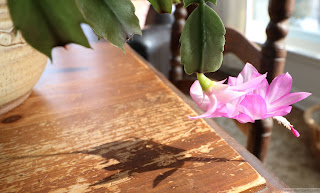 My father was in the  Royal Electrical and Mechanical Engineers ( R.E.M.E.s) after World War II - Oldenburg Airport near Bremen in Lower Saxony, Germany, was used by the Royal Electrical and Mechanical Engineers as a repair depot - my father Raymond Bellis took these photos when he was part of the R.E.M.E.. - according to the airport's history , the R.E.M.E.'s took it over from 8 Canadian soldiers who had captured the former Luftwaffe base after it had been abandoned by the Germans in May 1945 and turned it into a vehicle repair centre.

He must have liked this German Shepherd they named Lassie who I imagine remained on duty after his humans had retreated. 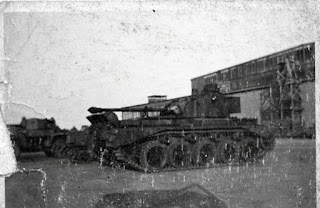 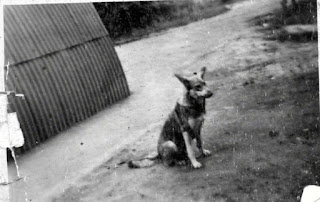 caption on back reads "Lassie"

Posted by Mark Bellis at 4:22 PM No comments:

My Mother died today. The hospital is a few blocks north of our old house on McConnell Avenue. She walked me up the street to school the first day. I always saw the hospital on the hill from the school. 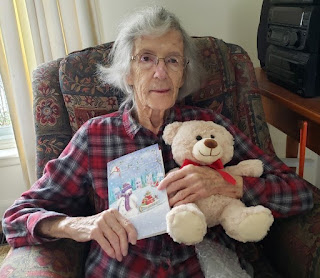 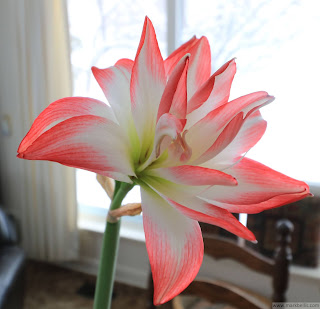 Posted by Mark Bellis at 3:59 PM No comments: