The logistics of getting a message to someone traveling in 1963 in a foreign city were a lot more complicated, but the phone operators at the Toronto Star were and are the sort of people who could connect a guy on the bridge of a freighter in a typhoon to a reporter in the middle of a riot as part of their daily routine.
During the funeral of John F. Kennedy in Washington, a message needed to be sent to the correspondent covering it - and he was riding in a car in the funeral procession!
The operators got to work and knowing the parade route, and in which order the car he would be in was in in the procession, looked at the Washington City Directory - there was a big rack of phone books and directories for many cities in the world in the newsroom - and made calls to places along the route until they found someone who was willing to count the cars and then run out and stop that particular car and give the message to him.
It worked!
I don't know what the message was - this had become part of the folklore of the Star, which is more than 120 years old - it's part of a chain of folklore - they knew the people who knew the people who knew Hemingway when he worked there.
Posted by Mark Bellis at 10:30 PM No comments: 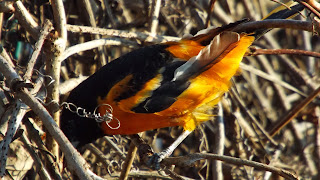 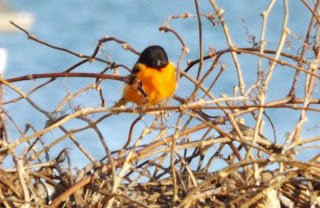 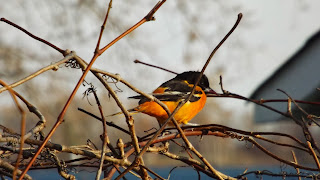 Baltimore Oriole, drunk on grapes that have fermented. It's supposed to have gone south to the Gulf of Mexico months before this - I think it was just in transit. Rusty the cat was trying to get it on one side of the fence and a bird dog was watching it on the other. I didn't see it today, so I hope it got going into New York State.
Posted by Mark Bellis at 8:27 PM No comments:

From a St. Catherine's Street restaurant in the gay village, Montreal 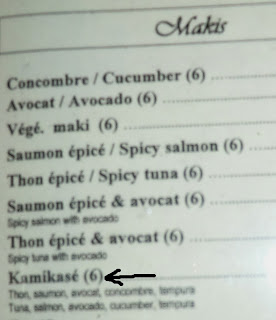 No, it's not a good idea to name something after 20 year olds killing themselves for nothing.
Posted by Mark Bellis at 2:32 PM No comments:

Email ThisBlogThis!Share to TwitterShare to FacebookShare to Pinterest
Labels: inappropriate use of Japanese, Japlish, Kamikaze, Sushi 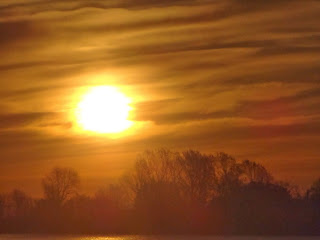 Nov 13, 2013 - Sun rising, but behind clouds - the moon's shadow is what's making the bottom of the sun look flattened.
Posted by Mark Bellis at 1:12 PM No comments:

Russell Mael said that Guy Maddin would direct the film adaptation of The Seduction of Ingmar Bergman.
It's a really tiny theatre that was built in 1900 - you could see pipes for gas lighting! Ron did his running man dance at the end. 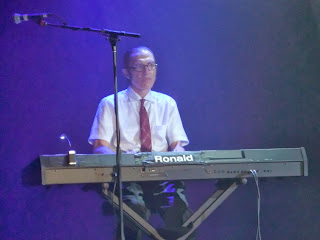 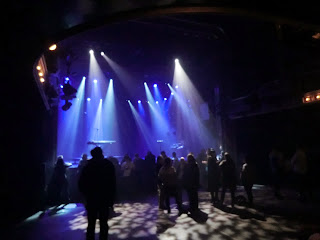 Interior of Le National
Posted by Mark Bellis at 8:10 PM No comments: