Francophone press this Friday after Ford announced cuts to services in French in Ontario. Le Devoir is in Montreal, Quebec, Le Droit Ottawa. 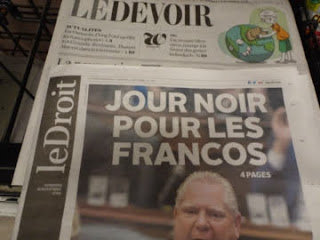 Posted by Mark Bellis at 3:53 PM No comments:

Trans-Canada Air Lines TCA Maple Leaf logo sticker on suitcase. TCA was the name Air Canada used before 1965 - Air Canada was supposed to have been used in French before this. This was from a suitcase and is not a recreation - the woman said she'd had it for years. 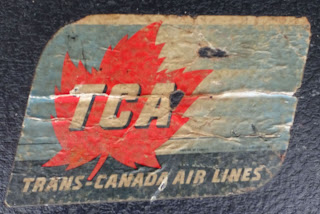 Posted by Mark Bellis at 2:48 PM No comments: 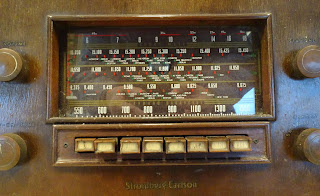 Shortwave/AM Radio dial from the 1940s, speaking of a troubled time - Shortwave stations for the Axis and Allied powers - Chungking was the wartime capital of China. There were also commercial shortwave stations, even in Schenectady, NY. The buttons at the bottom shows that it could have a record player attached to it, unusual for that time. The preset radio stations suggest it was originally setup for a listener in the Detroit-Windsor area - CKLW is a 50,000 watt 'clear channel' radio station that could be heard over a large part of North America at night, and was famous for promoting Motown songs in the 60s. CKLW's original studio is on display at the Canadian Transportation Museum & Heritage Village, in Kingsville, Ontario, not far from Windsor. 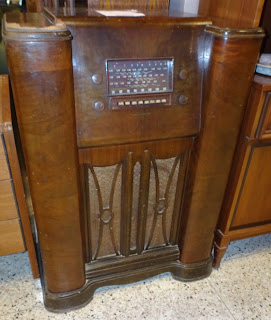 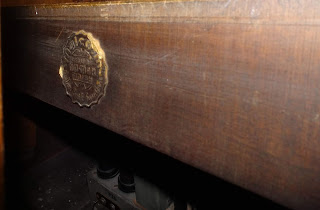 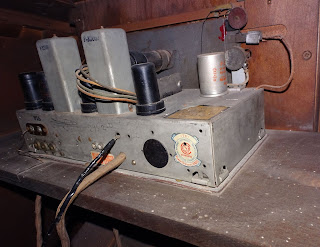 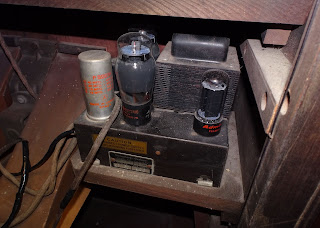 Amplifier next to speaker 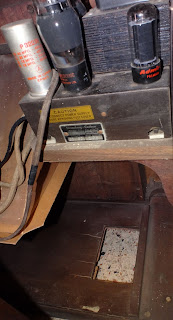 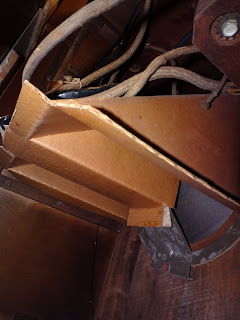