Macbeth in the streets of Old Montreal 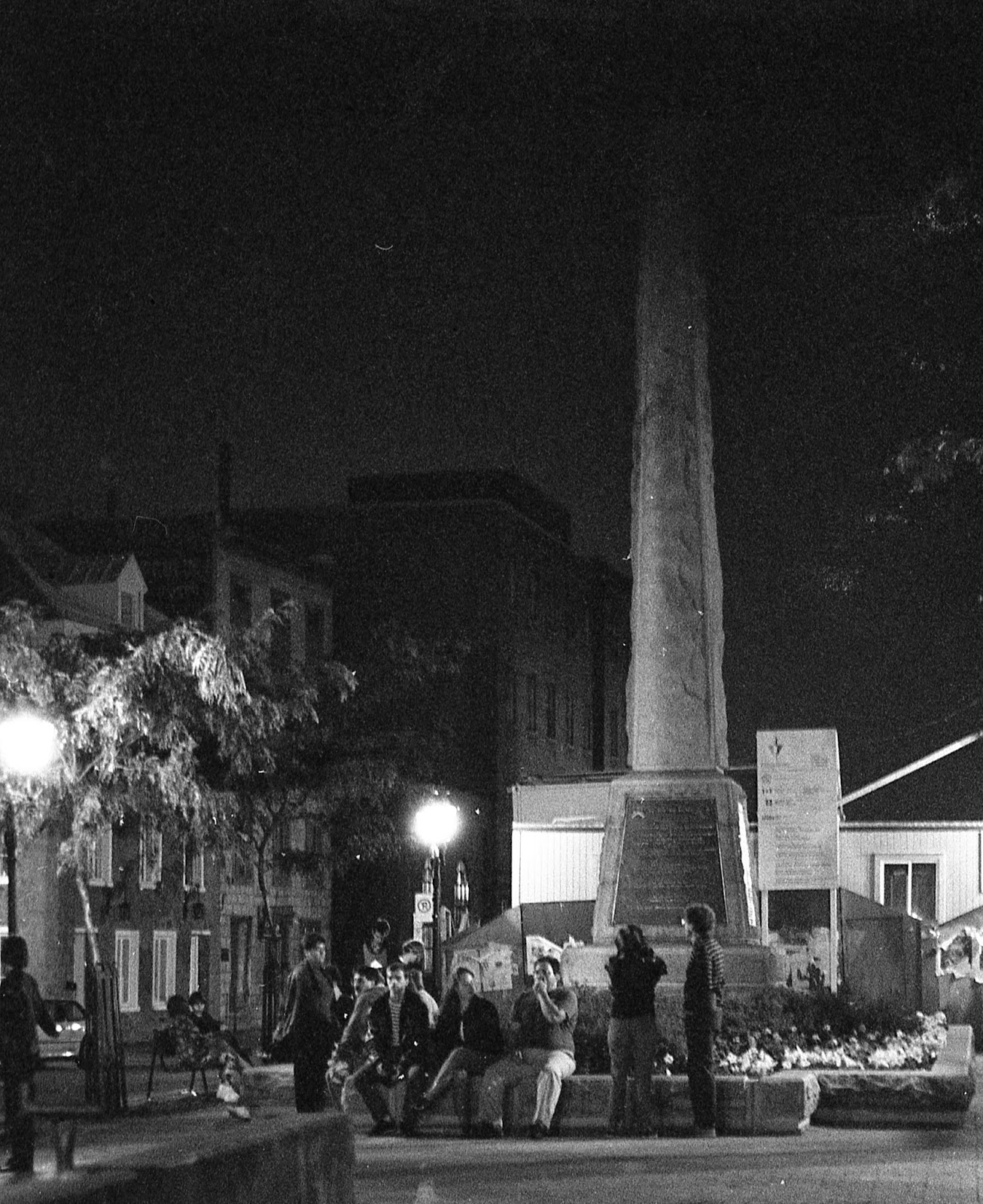 Wajdi Mouawad directed a version of Macbeth where you had to chase the actors through the streets of Old Montreal to find the stage, 1992 (maybe 1991) 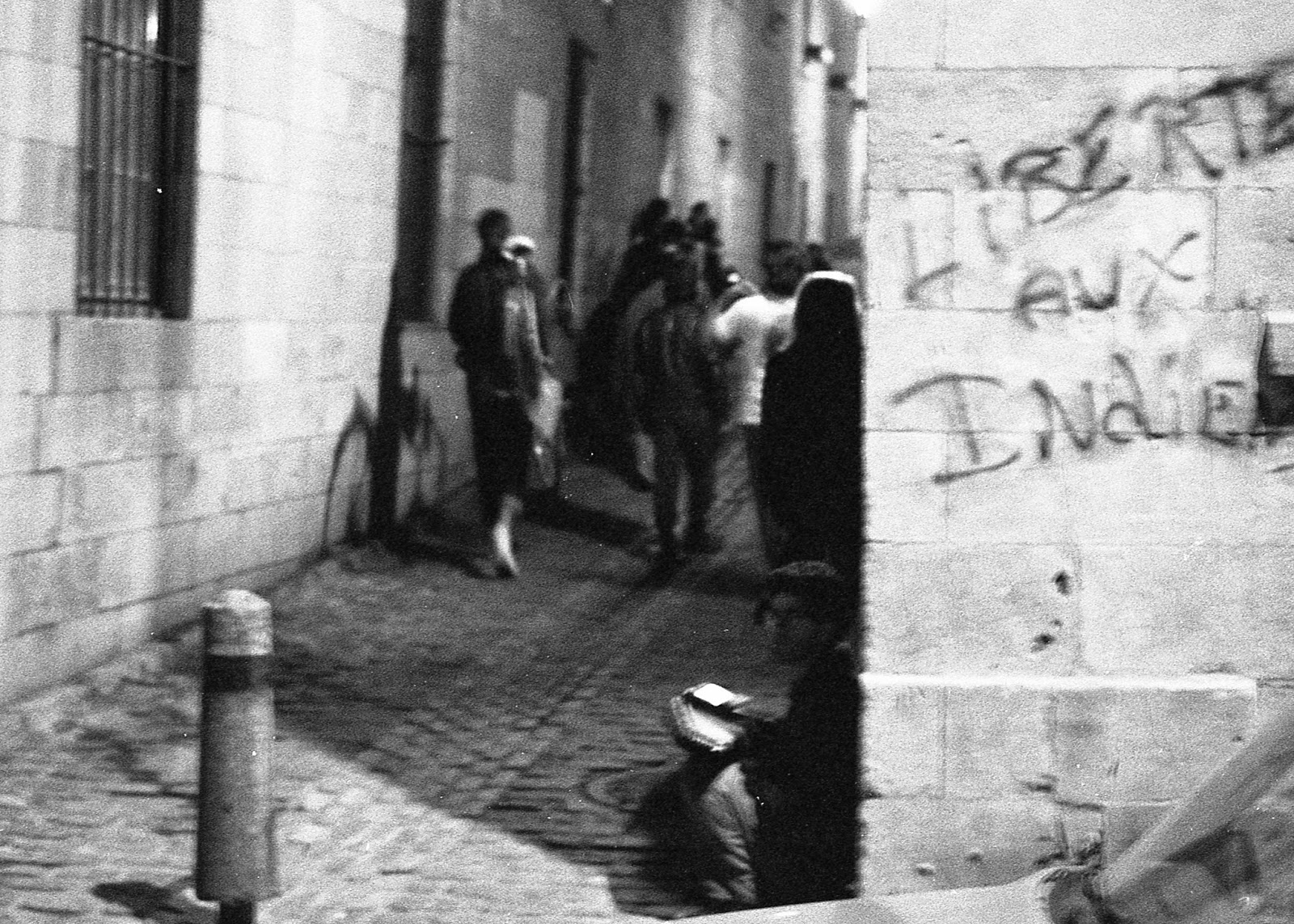 Incidental graffiti Liberte aux Indiens refers to the Oka Crisis of 1990. Actor is siting at corner to give directions to audience. As an historical aside, slaves, many of them first nations or Indians, used to be sold not far from here during the 18th century, but free Indians were banned from Montreal until the British regime. 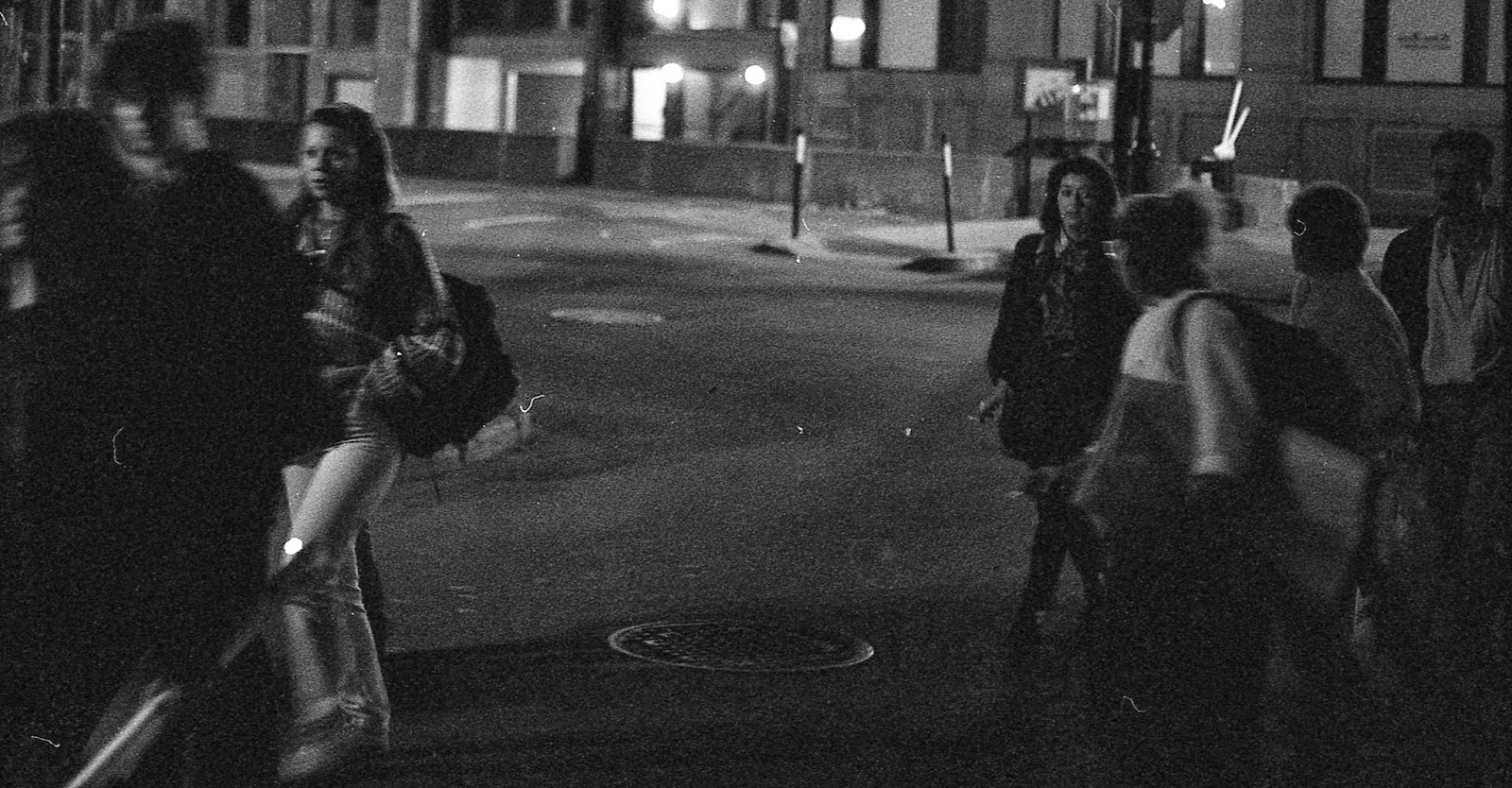 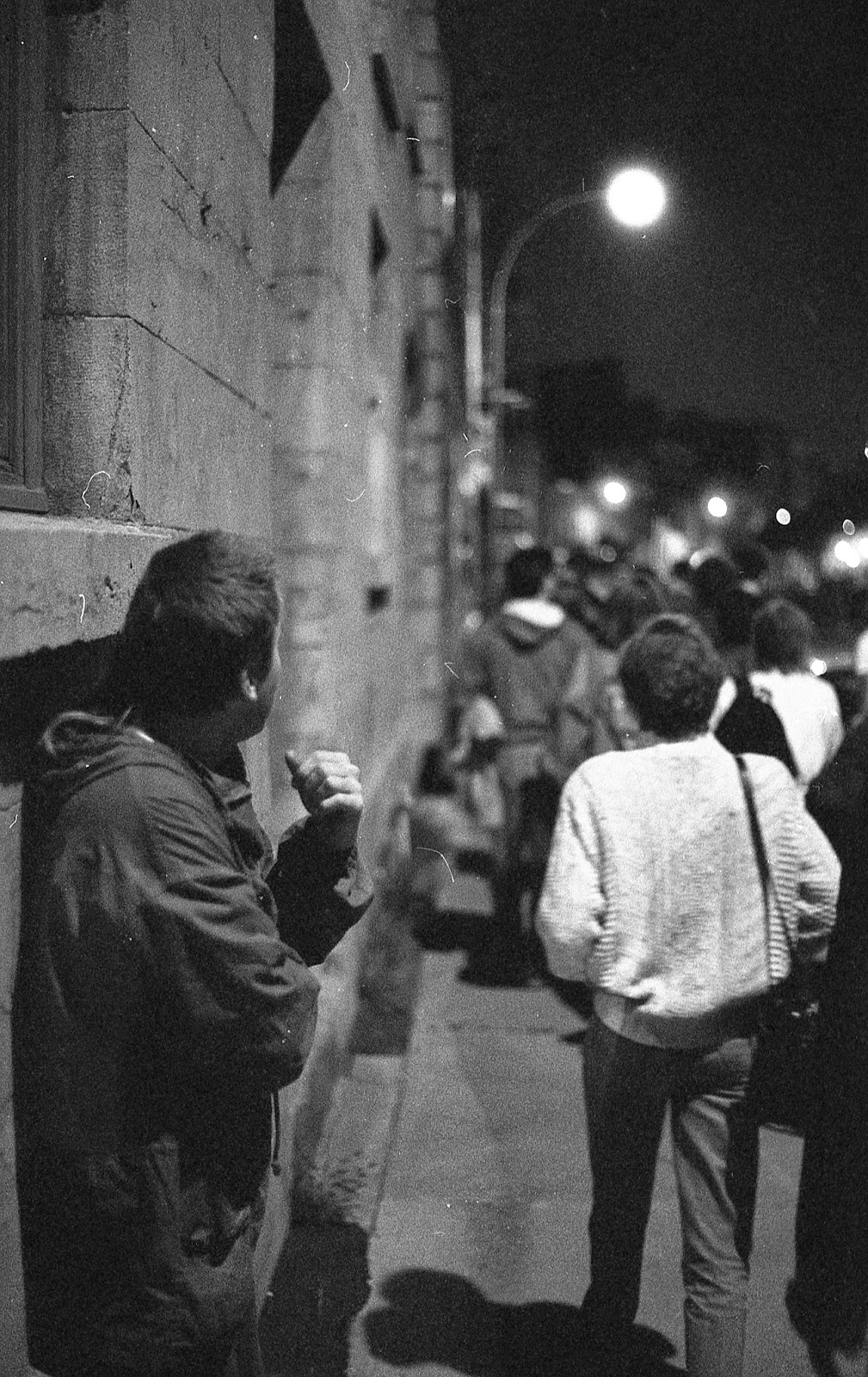