Orchid is a polydactyl cat at Beau's Brewery in Vankleek Hill - she had these 'thumbs' on her front paws - also she had 3 ovaries - she also is ginger colored, which the people at the brewery says is usually something only male cats are.  (Some females are but it is rarer - both of their parents have to be ginger) 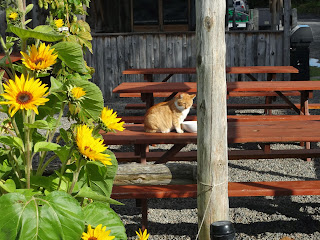 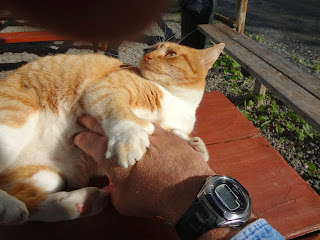 Yes, she does scratch when you rub her belly! Doesn't draw blood but they are efficient claws! 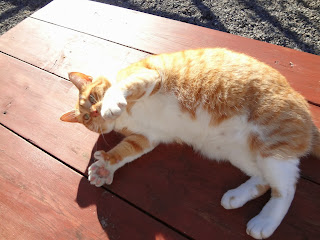