It's always been Berenstain - here's proof

The Berenstain Bears were created by Stan and Jan Berenstain. They published the first book featuring the Bears in 1962, but they had had a career as a rare husband-and-wife cartoonist and illustrator team since they met during World War II.
In a 2015 Interview with the National Post their son Michael said that Jan Berenstain's ancestors had emigrated to the USA from Ukraine in the 19th century and thought that the -stain spelling, which differs from the more common -stein spelling, was an attempt to phonetically render the way they pronounced their name. It's possible that they only had documentation written in Cyrillic or Hebrew script to prove their identity to immigration officers and this was how it transcribed into English.
A popular meme has it that their creation used to be spelled "Berenstein Bears", but it was changed or was that way in a parallel universe.
Here's a scan of the first Dell edition of their book "Marital Blitzed", published in 1955, well before the bears. Note the spelling!: 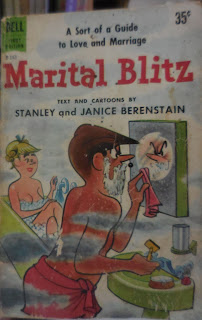 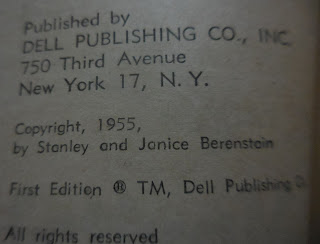 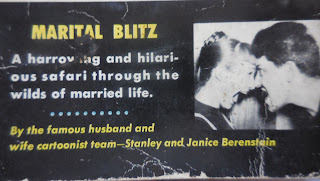