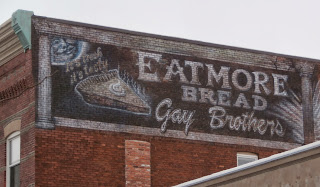 4410 Queen Street, Niagara Falls, Ontario
This puzzled me when I saw it - the style of the sign is at least 100 years old, but it wasn't faded - the building was a bakery that closed in the 1950s but was restored last year as apartments - the restorer painted the old sign again, although there is no bakery there now! http://www.keeferdevelopments.com/Queen-St-Village-Apartments.html
View of sign before restoration: http://2.bp.blogspot.com/_Q2L1ONLb7Hc/SVKFwg3PMjI/AAAAAAAABtU/hXAPhm8FREU/s1600/T-+Dec.22,+08.JPG
from Right in Niagara blog 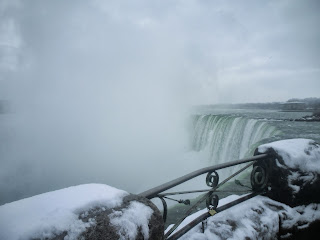 View with padlock on railing - the Niagara Parks people try to take these padlocks off as soon as they can. 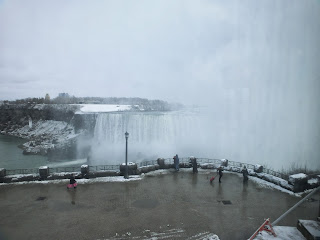 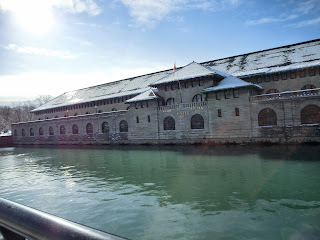 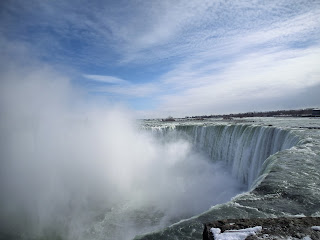 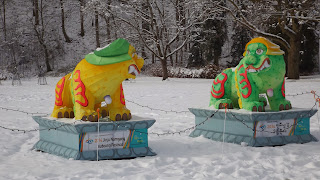 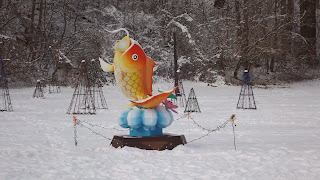 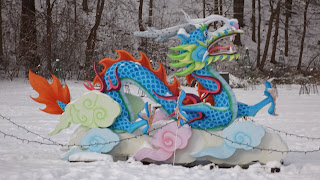 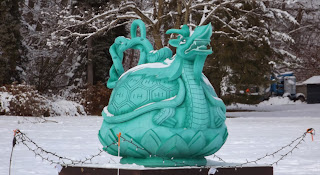 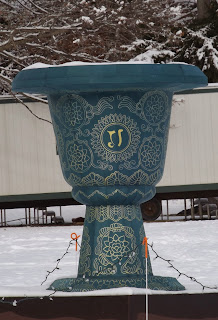 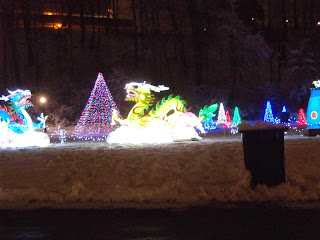 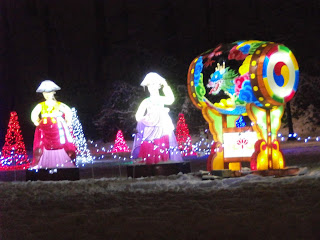 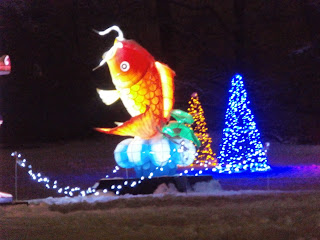 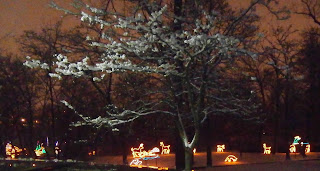 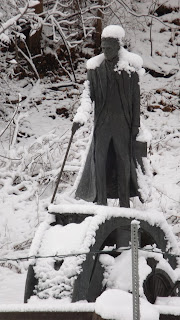 Tesla in the snow - statue shows him with stick in hand, drawing out his ideas for generating electricity with AC current that could be sent a great distance - according to the story the idea just came to him when he was walking with a friend and he asked his friend to bring him a stick so he could sketch it out on the ground. He is standing on a generator - the statue is near the power station on Niagara Falls he helped build with George Westinghouse. 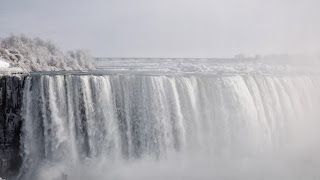 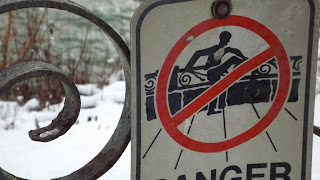 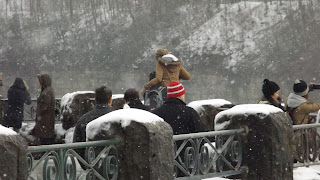 People still stand on the railings 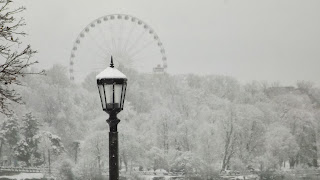 Aero Car above the whirlpool, downstream from the falls 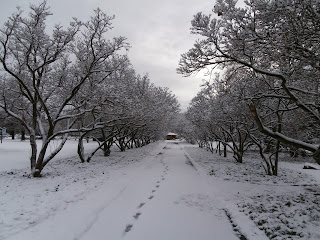 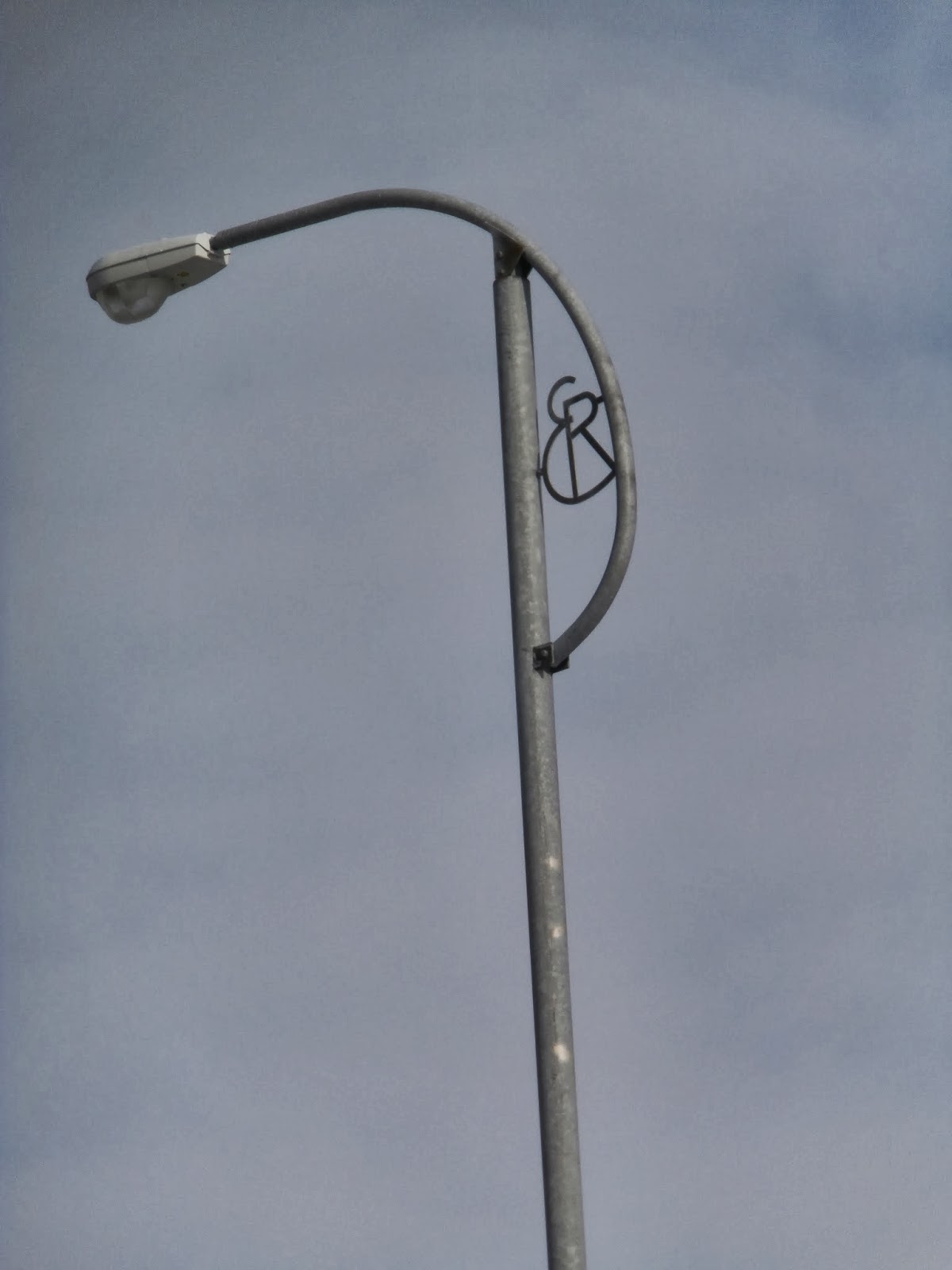 ER, standing for Elizabeth Regina, for the Queen Mother,  on a light standard at the Niagara end of the Queen Elizabeth Way. These used to be along the entire length of the QEW. The QEW was one of the first modern highways in North America, but they still carried with them the old idea of public works having lots of decorations - there were 'gateways'  with statues of lions at both ends in Toronto and St. Catharines.
Posted by Mark Bellis at 12:03 PM