Couchiching Beach Park scale railroad, Orillia, Ontario - locals tell me that it originally was a steam train that operated in an amusement park that was next to this park. The steam train had to be replaced by this diesel as a steam engine requires more licensing - the steam train was sold back to the company that built it many decades earlier in Tonawanda, NY. 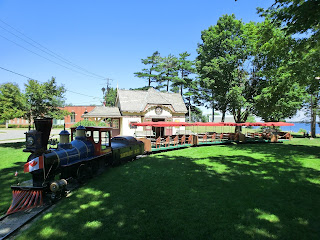 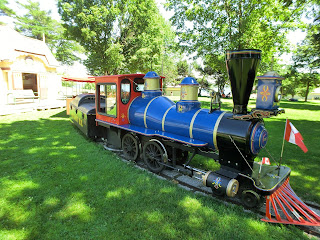 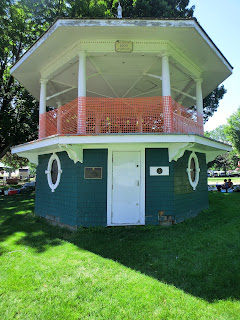 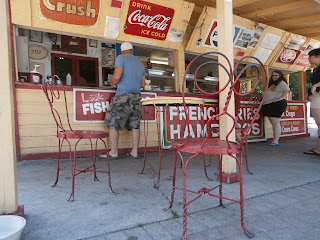 French's - built in 1920 by George French, a handicapped man. Stephen Leacock would walk from his house here to have tea, according to a 1995 article in the Orillia Packet and Times, from his summer house and have tea at these tables in the 1930s and 40s. He used to walk along the CPR line that would bring daytrippers from Toronto to the beach. There's plaques on the table tops mentioning this so I think the tables and chairs are originals! Not even the local municipal government has designated this as a historical site, although the Orillia Municipal Heritage Committee includes it in its Walking Tour of Historic Orillia pamphlet. 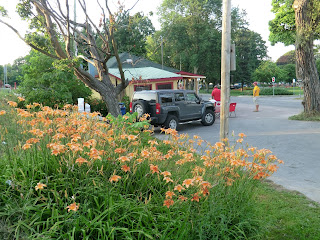 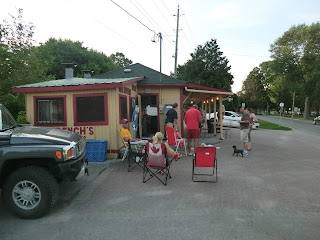 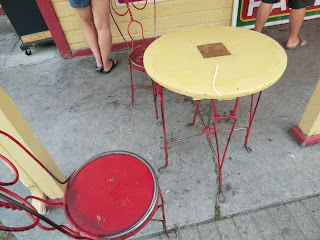 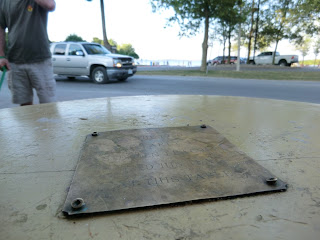 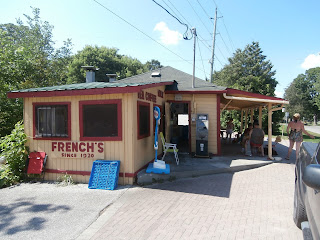 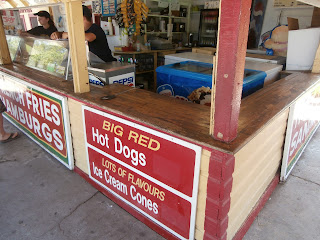 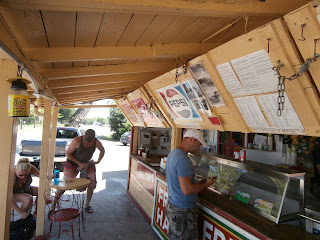 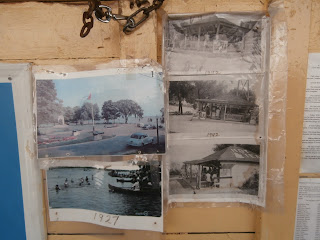