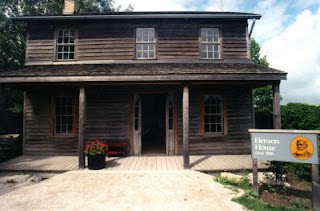 Josiah Henson's house, near Dresden, Ontario. Henson escaped from slavery to Upper Canada, which at the time was the only territory where a former slave could not be captured and forcibly returned to a slave state. He founded a colony for freed slaves and was the model for the lead character in the novel Uncle Tom's Cabin. 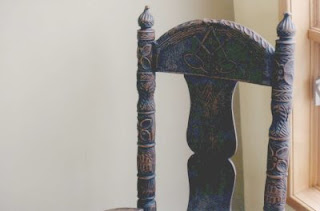 He was a Mason and belonged to the Detroit lodge - he made this chair. I don't know if the three links meant he was also an oddfellow.
Posted by Mark Bellis at 5:38 PM